This bike isn't for kids. It's for mountain-tamers, dirt eaters and mud marauders. The Alite 24 is a mountain biker's mountain bike. Complete with components that the pros might use and a frame that demands the respect of any woodland's lesser creatures. This bike could fight bears, but it wouldn't, because it's cool like that. Lions and tigers and specs. Oh, yeah. 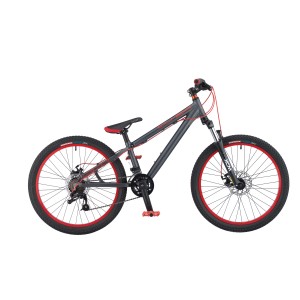 What does Superman, A Bald Eagle, A Buick LeSabre and the DJ24 have in common? They can all fly (except the Buick LeSabre). For jumping all that can be jumped hear on terra firma, this bike has is all. It is designed with gears so you can get back up to that launch pad after touching down on the other coast. Take your parachute and some specs. 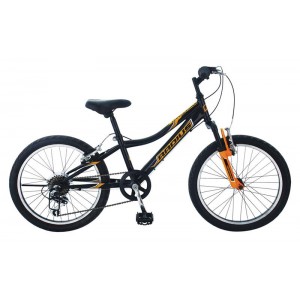 A bike for up-and-coming dirt aficionado. If you're a kid who likes to spend more time in the air than on the ground, park your self on the Radius Toughrunner. Is that a suspension fork? Uh, yeah, it is. Now go eat some dirt. 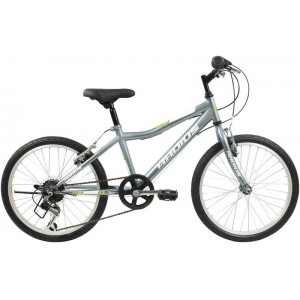 To some this is just a bike. Two wheels, pedals, bars, the usual stuff. But to you, a serious rider, too big for some kid's bike, it's a rocket ship. It's a military convoy leading a rogue squad of bandits. It's the mountain-tamer, the big-air bunker buster. The Radius Throttle is whatever it needs to be, now get out there Captain, the world needs your help.
Previous